When it comes to further customize your desktop, Rainmeter is an incredible tool to employ. It’s another thing to actually use Rainmeter and be able to navigate it properly. The application is largely community-based, and it serves as a platform for creators to express themselves.

We all know that finding good, ready-to-use skins/themes is difficult. They are community-created and may not always be up to date with the latest Rainmeter version. It takes a lot of trial and error to find the correct skin for you. You may come across a skin that appears to be useful, but when you try to use it, it fails to perform as expected. With this essay, I intend to demystify the process of installing Rainmeter skins and customizing them to your liking.

What is Rainmeter skin?

If you want to change the theme or skin you’re using on Rainmeter, all you have to do is install the skin and you’ll be able to change the entire appearance of your computer. Rainmeter skins are extremely popular for obvious reasons. People enjoy downloading several rainmeter skins to give their computers a new look. Rainmeter comes with a variety of skins to choose from. As a result, you can effortlessly download and install your favorite skins on Rainmeter to give your PC a new look in just 5 minutes.

What is Rainmeter: how to install Rainmeter before installing rainmeter skin?

Rainmeter is a small application that allows you to customize the look and feel of your Windows desktop. Rainmeter works by installing ‘skins’ created by the community, many of which alter the way the desktop interacts with widgets such as program launchers, RSS and email readers, calendars, weather forecasts, and more.

Step 1: To begin, download Rainmeter’s setup file from the URL below.

Step 2: When the download is finished, run the setup file on your Windows PC. 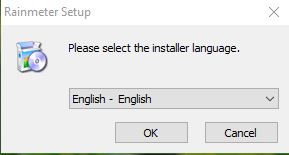 Step 4: Select ‘Standard Installation’ from the drop-down menu and click ‘Next.’ 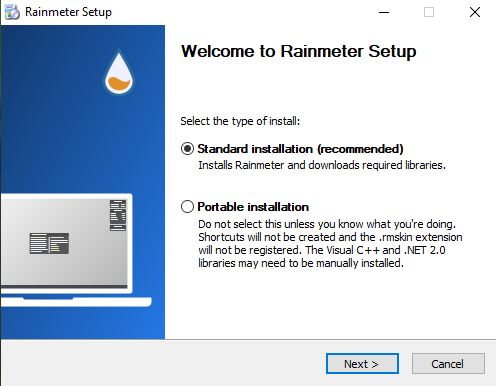 Step 5: Select the ‘Destination folder’ and whether or not you want it to start up with Windows. It is not suggested that any settings be changed from there. Then press the ‘Install’ button. 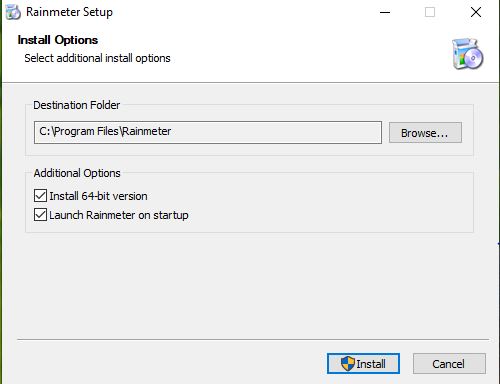 Step 6: It will be downloaded and installed on your computer. When the installation is finished, make sure the ‘Run Rainmeter’ option is enabled and click ‘Finish.’ 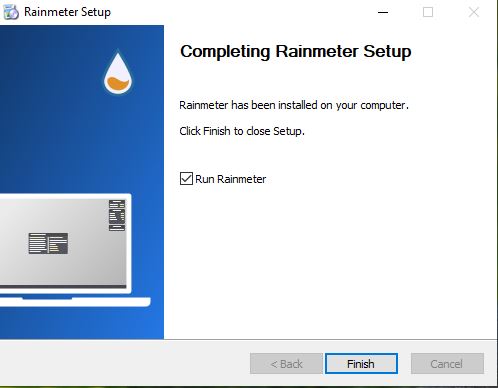 When Rainmeter is successfully installed, it will display three widgets on the upper right side of the screen to help you get started. The first will display the time, date, and day. The second will provide system statistics such as CPU, RAM, and SWAP use. The last one displays disc statistics for the system. It’s one of Rainmeter’s default skins.

You’ve now completed the Rainmeter installation on your Windows computer. Now you can install the most customizable Rainmeter skins available for displaying memory status, battery power, RSS feeds, weather forecast, and other information. Many skins are functional, allowing you to operate your audio player, open your favorite apps, and keep track of to-do lists and notes.

However, many individuals have problems installing rainmeter skins after they have been downloaded. That’s why I’ve included a step-by-step guide for installing the skin on your PC below.

You can install a new skin on Rainmeter by following the steps below.

How to install Rainmeter Skins?

The easiest and coolest part is installing skins. Make up your mind about what you want and how you want it, and you’ll most likely be able to find it on the internet. Reddit and other user-oriented websites can introduce you to a variety of themes and icons that can give your desktop a solemn, vintage, yet cool vibe.

On Rainmeter, there are primarily two methods for installing a Skin. To change the appearance of your PC, you can either install a skin automatically or manually. 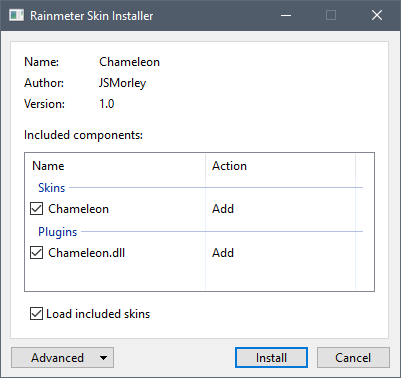 Rainmeter will now automatically install the skin. With rainmeter and the skin, your PC will have an entirely new appearance.

If the skin you’ve downloaded isn’t in .rmskin format, the installation process will be a little more difficult. Because you’ll have to manually install the skin.

You can, however, manually install a rainmeter skin by following the procedures below. It’s extremely simple to accomplish. To install the rainmeter skin on your PC, simply follow the instructions step by step.

Step 1:  Check to determine if the skin is in archive format first. You’ll have to extract it if it’s in an archive. All you have to do now is make sure that the skin you downloaded is contained within a folder. The Rainmeter skin can then be manually installed on your PC.

Step 2: The same folder must be copied and pasted into the Rainmeter Skins folder at the following location:

How to customize Rainmeter skin on your Pc?

If you wish to customize the Rainmeter skins that you have loaded, you can do so. It’s not complicated; all you have to do is right-click on any of the skins and pick “Edit skin,” which will open the skins’ configuration files containing variable definitions.

Through this article, I hope you have understood how a rainmeter can improve the appearance of your computer’s windows. I also believe you have figured out how to set up rainmeter and rainmeter skins. If you have any problems installing a Rainmeter skin, please leave a remark in the comments below. And we’ll do our best to resolve the issue you’re having with installing a skin on Rainmeter.